What Trek Epic Did For Our Daughter

I went skiing over the Thanksgiving holidays. I love to ski, but, as an old guy, each year it hurts a little more than the last. This year turned out a little different though. As a way to fight back the aging process, I’ve been doing a strength building routine at home that turns many of my muscles into spaghetti for a few hours until they laughingly exact their revenge by hurting like hell until we do it again. It wasn’t until several hours into my skiing that it occurred to me that I felt pretty good, and even a little while longer for me to recognize that it was because of those workouts. I ask you to hold that thought.

A couple years ago our daughter was in a tough spot. She, and we, had just made the decision the ‘education’ a High-School diploma mandates wasn’t an education that was going to work for her. She, like countless other kids around the world, was clearly intelligent. She just didn’t have the square-peg smarts that the US education system, in its somewhat understandable desire to ensure kids are learning something, tests for.

Her situation, although probably a little unique, is indicative of what many, many kids are facing these days. Our kids, more than we did, see a future that is frighteningly undetermined, made more frightening because, as unqualified as they are, we’ve taught them that their opinions matter and that they should think for themselves. Whether it’s in High-School, mid way through college or after they’ve received their coveted diploma, at some point many kids crumble under that pressure.

Our daughter, facing the prospect of having to accept guidance from an adult (worse – a parent) regarding the rest of her life, she chose the lesser of two evils – accepting guidance about what to do for the next 2 months. She somewhat begrudgingly accepted the idea of going on a Trek to Wales and Spain. Here’s where, at the risk of upsetting Andrew, I’ll begin to point out what you most likely already know. There are few silver bullet “OMG, she was so excited and it changed their life!” moments in raising kids. Essentially, we made her go.

I won’t go into the details of the Trek itself other than to say that she called home almost daily complaining about the rain, the walking, the challenges of living with a small group of people, kids and adults, who all have their own personalities, and begging for us to fly her home.

The emails and texts we were getting from Andrew told a similar story. Although she’s frequently the life of the party, and a burgeoning comedienne, she was also dragging behind and not always as participative as some of the others. She somehow survived a full month in Wales and then moved on to Spain, (UGH!), where she lasted for another couple weeks. We did, in fact, end up bringing her home a week or so early. The whining and complaining wore us down. Please don’t give up on Treks at this point…the story’s not over.

A week doesn’t go by where our daughter doesn’t interject a story into our day-to-day conversations about something that happened at the Inn they stayed at in Wales, or the Pub they had dinner at, or the rain and slop they walked in. It started the day she got home and it’s never stopped. Amusingly, we took a family vacation (rare at this age) to Mexico a couple months ago and she elected to fly home early, saying “Mexico just isn’t my vibe! I like Europe better!” Huh?

As I said earlier, there are no silver bullets. She did not come home with a honed sense of clarity about what her life was going to look like. She did come home with a new perspective about who she is, what she likes, what she doesn’t like and how capable she is to work things out on her own. And this awareness did not show up on day one. Just like my skiing, it’s taken time and the repetitive usage of those ‘muscles’ for us, and her, to realize she has the capacity and reserves to dig deeper, and thus, as a result, the day is more enjoyable. 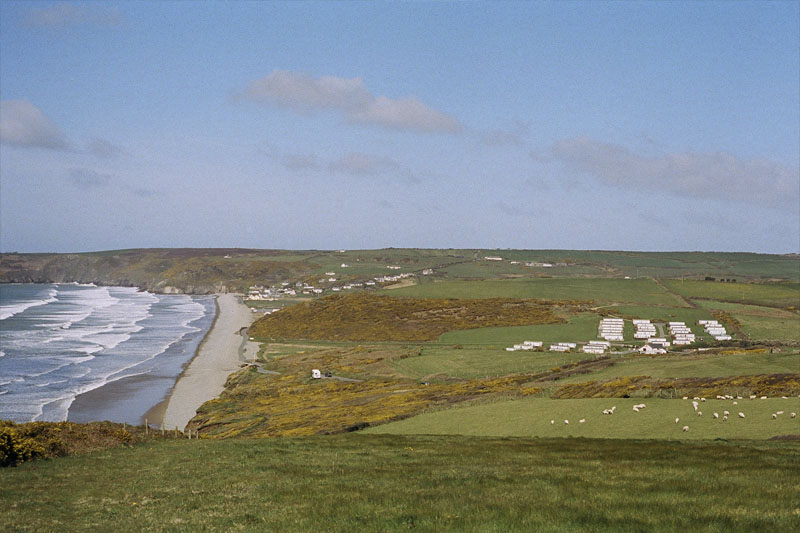