Going Through a Pandemic the TrekEpic Way

Oh no! I woke up today and realized I was trapped in the Half-Boy story!

For those of you who have been on a TrekEpic walk, you’ve heard the Half-Boy story. It’s an old, old story that applies to all humans who are in any kind of difficult situation trying to figure out their next move. Pandemic come to mind, anyone?

For those of you who may not have heard the story, here’s the short version:

A boy is born. As he grows, he wants to be an adult and do adult things, but everyone is treating him like a little kid. It makes him so mad he starts disrespecting his family and other villagers. Pretty soon everybody is tired of his attitude and they kick him out of the village and tell him not to come back until he figures out who he is and can stop being so angry all the time. He leaves the village, not sure where to go, but keeps walking. The next morning he sees the weirdest thing—it’s a boy who looks exactly like him coming towards him. Both wary of each other, neither one wants to be joined with the other person, so they decide to fight to the death. Seems like a logical choice, right? They get so into the fight they don’t realize they’re tumbling down the path and end up in a lake, still fighting under the water. That’s when the magic happens—they become one. Water has a way of doing that according to these old stories. The new boy, now whole, heads back to the village where he is welcomed and recognized as an adult.

There’s a lot in this story to think about. But we at TrekEpic like the story because it gives us three very clear instructions about what to do when you’re in a difficult situation (Pandemic, anyone?) and trying to figure out what to do next, no matter who you are.

So here’s the three TrekEpic ways for each of us to get through this time:

Old stories give us comfort, they remind us others have been in difficult times and have gone on to live their lives. They also remind us that there are some essential truths that help humans get through difficult times. The Half-Boy story is one of those reminder stories. This isn’t the first difficult time each of us has encountered, and it’s likely not going to be the last. It’s just life. But from the Half-Boy story we know that there are at least three benefits buried in the difficulties of a pandemic waiting for us to discover—as long as we don’t hunker down and hide. We are, all of us, strong and capable. As long as we decide to be whole, not half! Just follow the TrekEpic way:

Time to go outside?

Time to give your gifts to another?

Time to reconnect with others?

We hope to see you down the path! 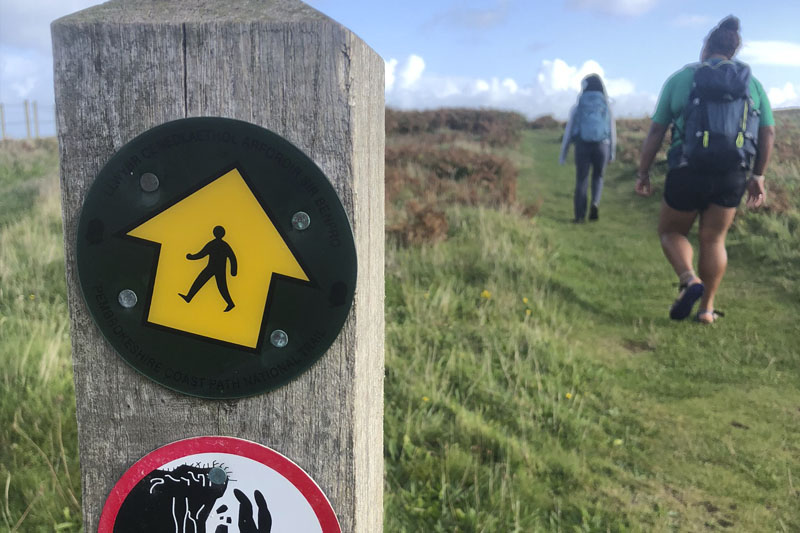